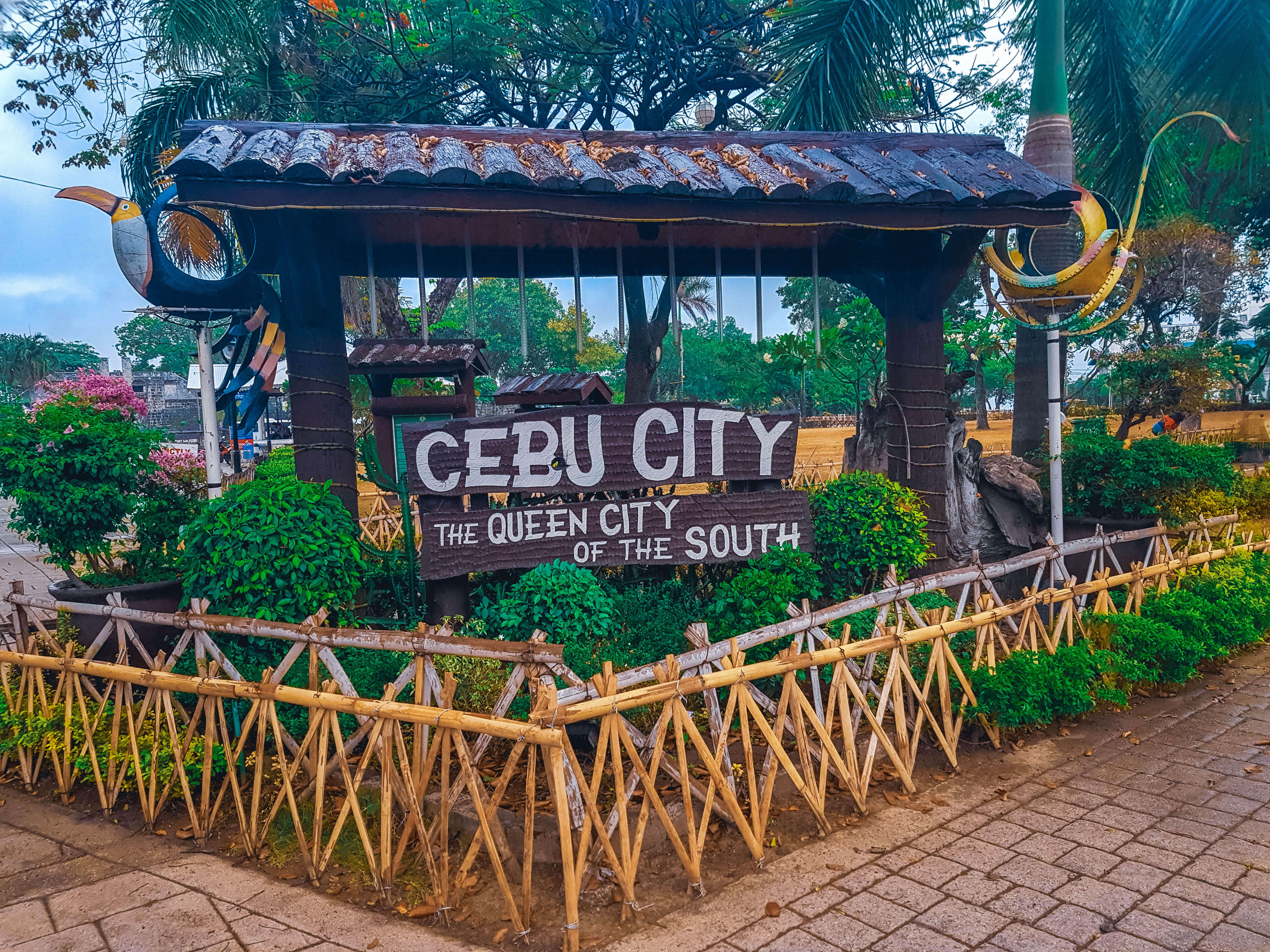 Traveling back to Cebu city was long and boring. And by boring, I mean the ride went
smoothly but as soon as you reach the city, traffic becomes a nightmare. The weather didn’t do
much to raise out spirits either, as it was cloudy with a high chance of rain.

Once we arrived at Bai hotel, we took a little time to try and freshen up and wash the “bleh”out of our hair. Once we’d done the best we could and changed our clothes, we headed out to do some exploring in the city.
Cebu City is the capital of the Island Cebu and is the second-most populous metropolis in the Philippines after Manila.

known as a transit city

The city is often ‘used’ as a transit city between other locations. But as we discovered, if you stick around, Cebu City itself also has some beautiful sightseeing adventures to offer.
Though we wouldn’t suggest you switch your plane ticket to make Cebu your main destination, if you had half a day layover in the city it wouldn’t be a bad place to hangout. Between the nightlife bars, exotic restaurants, and the beautiful beaches you’ll find more than enough to do. You can easily fill up a day, just remember that you have to be realistic with your time-table because the traffic in this town is ALWAYS disgustingly slow.

What to Do in Cebu City

Because of the bad weather, we couldn’t do anything more than two cultural visits without getting soaking wet.

A 16th century RomanCatholic Church located in the center of Cebu City. It is the oldest church of it’s kind in the country and is extremely well preserved despite nature’s best efforts such as the earthquake that destroyed the bell tower in 2013.
The property is surrounded by sales clerks who sell prayer candles and small statues of various saints. 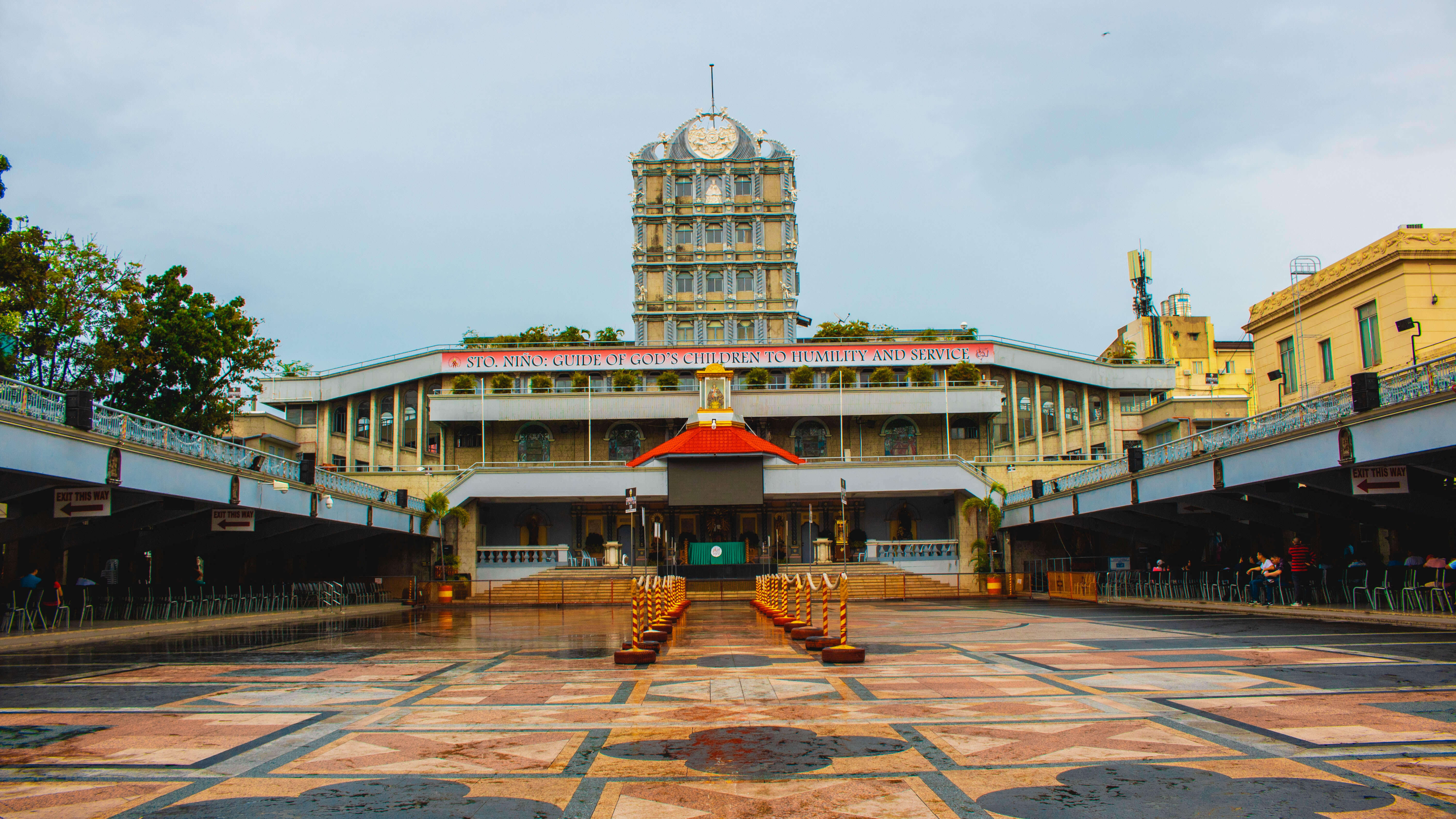 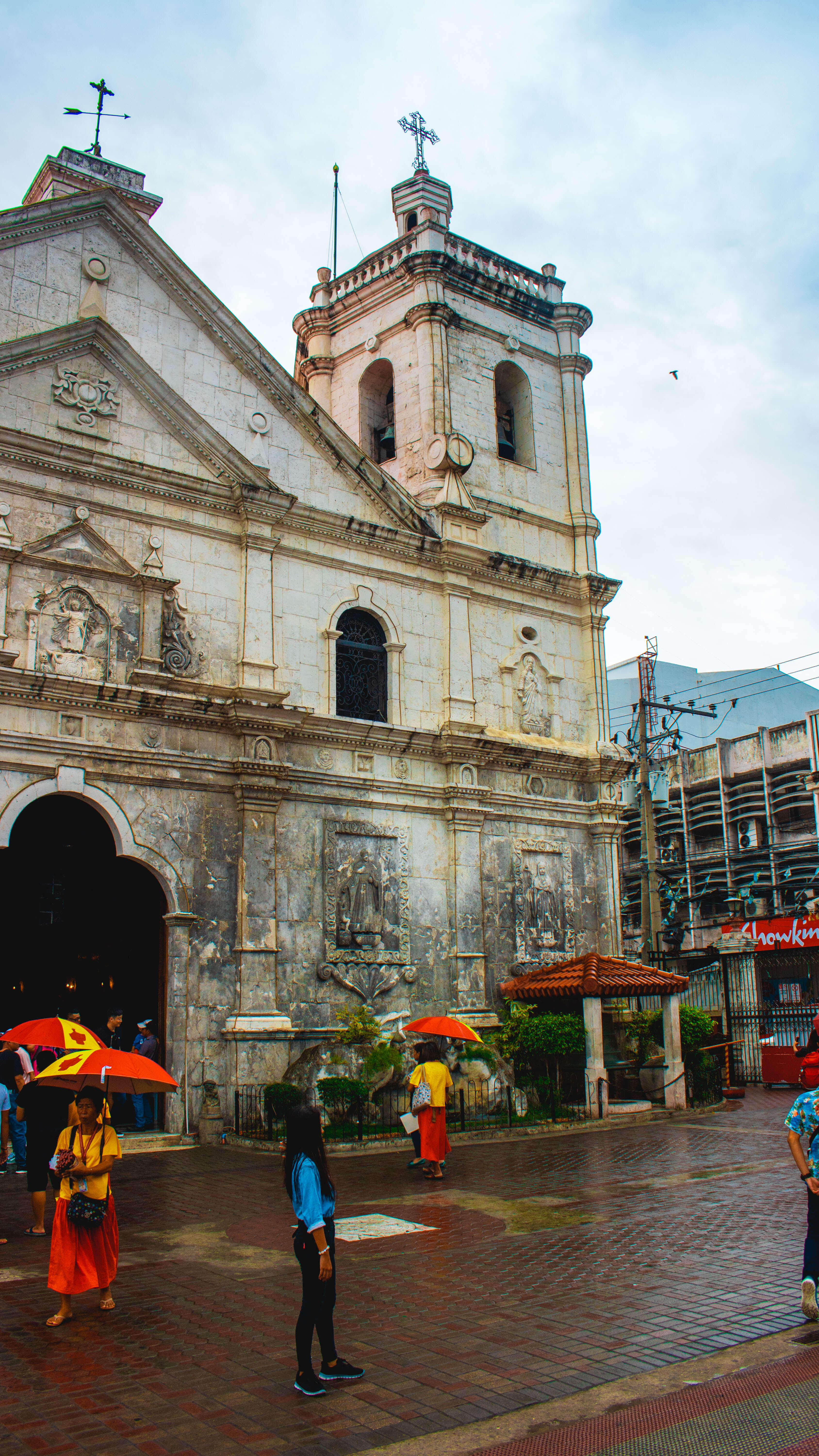 The inside of the Basilica is exceptionally beautiful and for a brief moment, you forget you’re in southeast Asia and feel as if you’ve been transported to Europe. 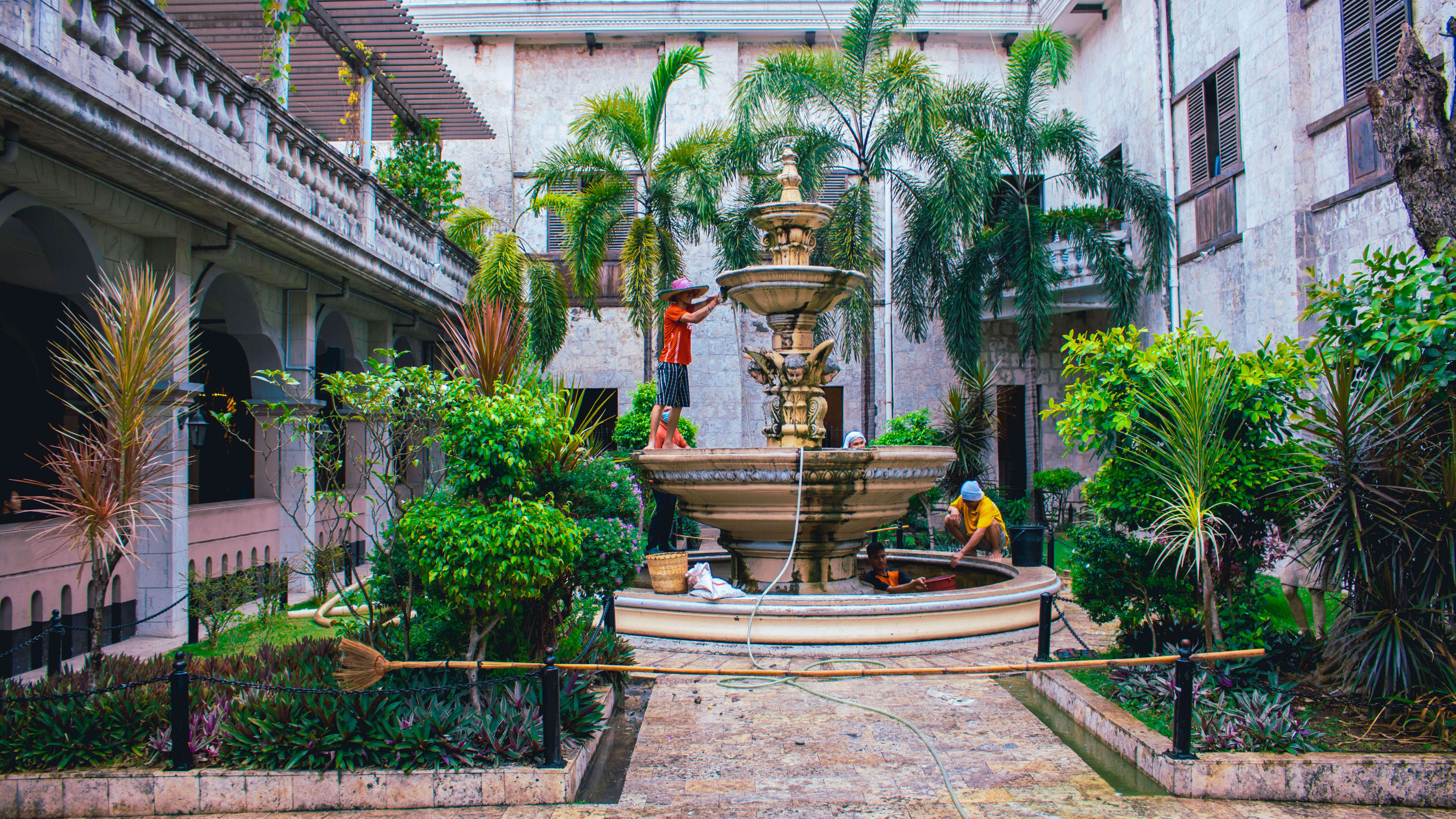 Only one block from Basilica Minore del Santo Niño and located at the pier side of the city.
A long and rich history has been known as it is the oldest and the smallest fort in the Philippines built in 1738 by the Spanish. 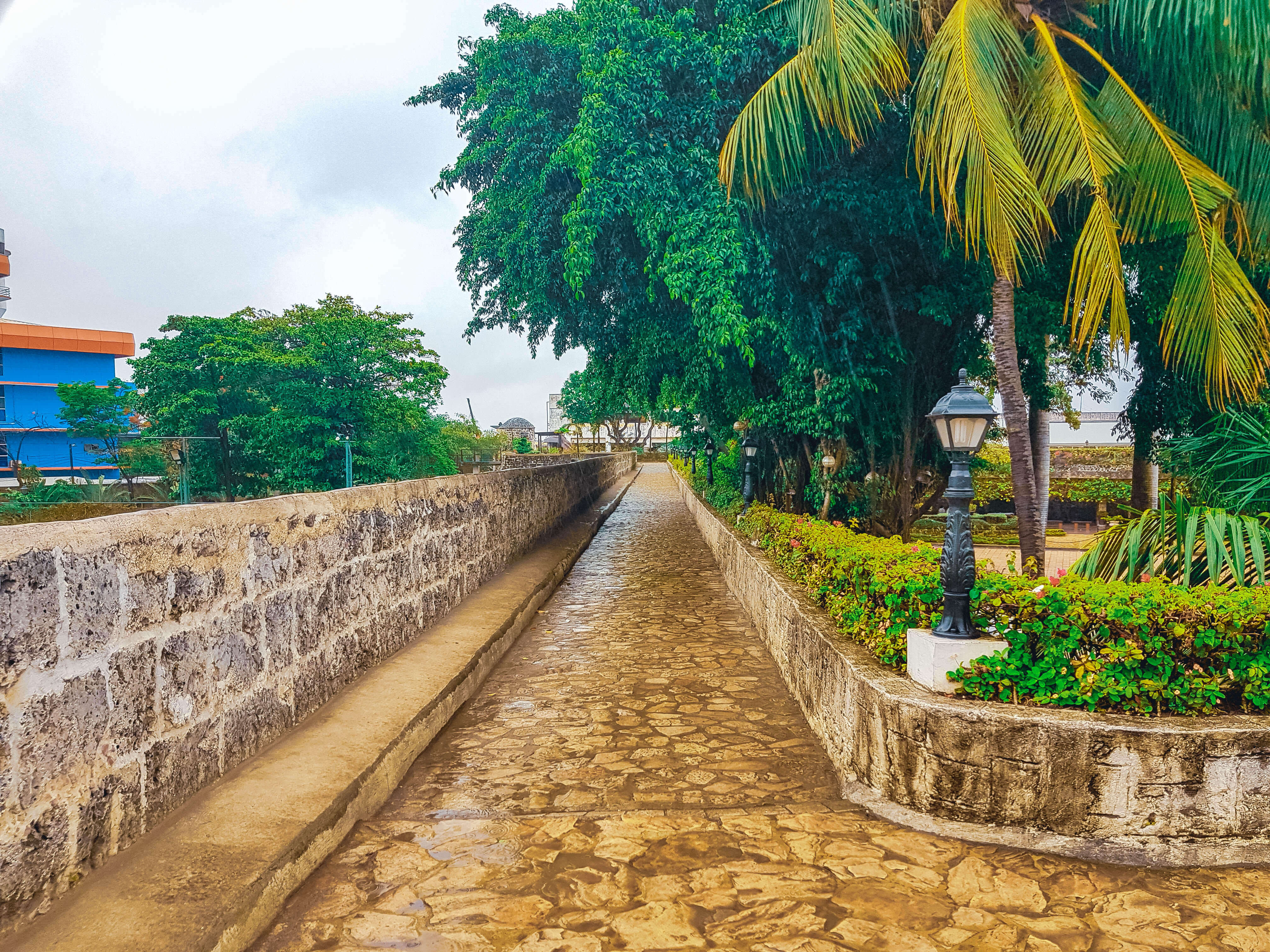 A triangle with uneven lengths is formed by the tall and thick walls of which 2 sides are facing the sea and the other one faces the island itself.
The seaside walls were safeguarded with large twelve-pounder cannons and the front with a strong wooden fence that harkens back to the original 14th century wood palisades.
Today Fort San Pedro is a museum that displays the legacies of the Spanish government and Spanish artifacts such as documents, painting, and sculptures. 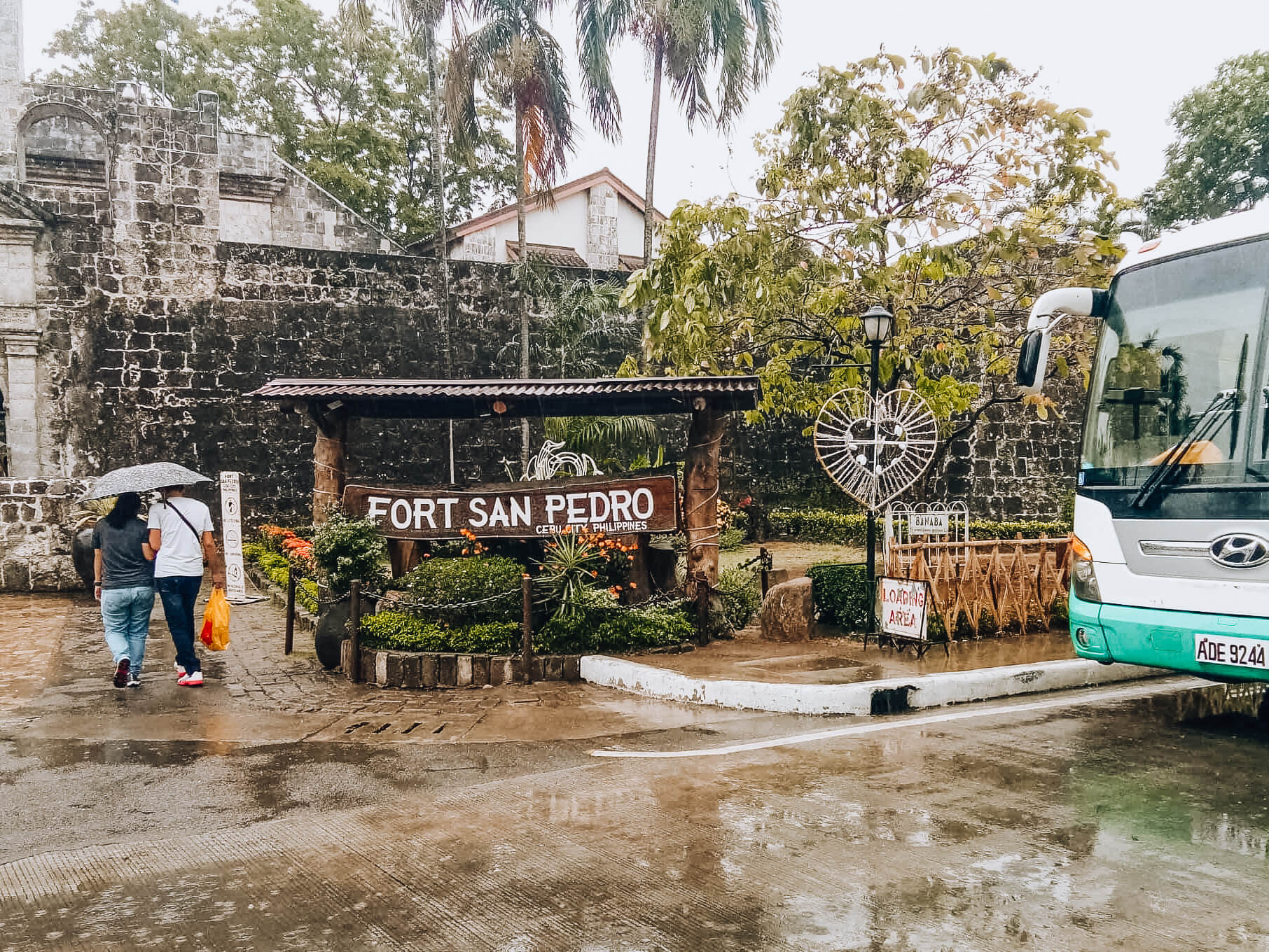 Sadly, due to the bad weather, we had to cut our trip short because no one likes to sightseeing when they’re cold and sopping wet.

The crown regency hotel in Cebu City is the tallest building on the island Cebu.  Although calling this place “a hotel” would be like calling an aircraft carrier “a boat”.
Not only is it a hotel but also a fully functioning theme park resort.
There were 2 things that caught my eye while looking up this attraction.

The Edge coaster and Skywalk Extreme.

The Edge is a roller coaster that whips around the hotel complex. Situated on the 38th floor of the tower, they lock you in and lean you at a 55 degree angle so you can enjoy a 360° view of the city.
Secondly, there is the Skywalk Extreme, where you walk around on a transparent glass platform on the edge of the building with an overhead safety harness.
Situated 126.55 meters high, you take a stroll on the 37th floor and claims to be 4th in the world and first in the Philippines for Sky walking.

Of all the things I regret not getting to do, this one is at the top of my list!
Apparently, you can only get there by a private car, taxi or a motorcycle. If you’re in the mood for a little hike than you can take a jeep to the trail head and once you stop, it’s a half an hour hike to reach the temple.
The Taoist Temple is very popular for tourists. They say you feel like you’ve been transported to the Orient and the entrance looks like a replica of the Great Wall of China. From what I saw it really looks beautiful.
People from all over the world come here to enjoy the beauty, to pray, or both. Too bad we couldn’t make it. 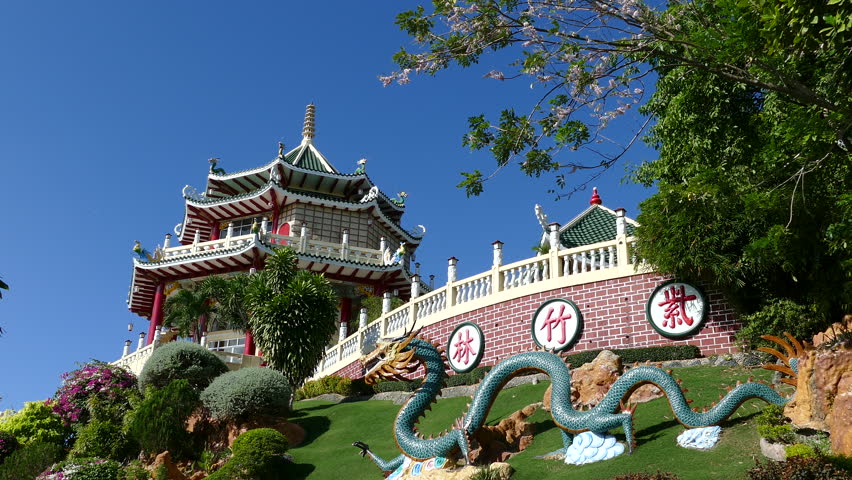 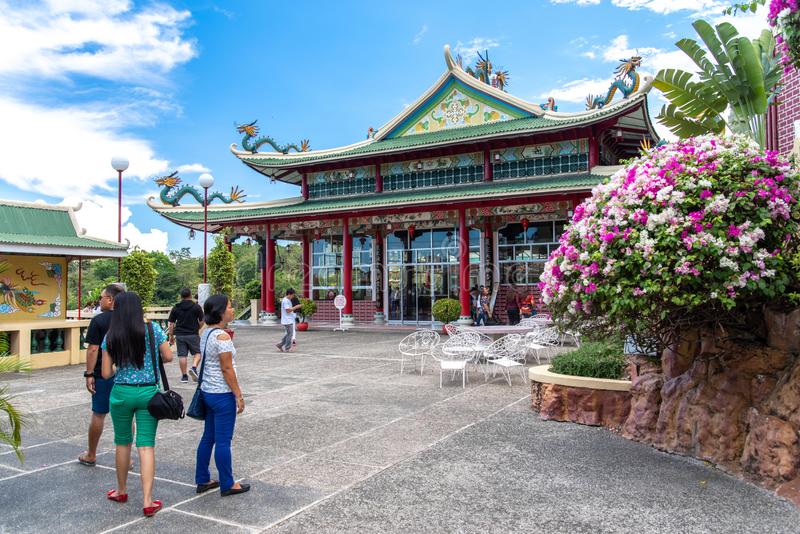 Another thing we, unfortunately, were robbed of was eating lechon.
What is lechon? Well, basically it’s a whole roasted pig and a Philippine national dish. It’s usually prepared for special occasions and events. However, nowadays with such demand, you can get them in a restaurant fairly easily. And lots of Phillipinos agree that Cebu City has the best Lechon eateries on the island.
The best variant should be ‘Cebu Lechon’. It’s known for its salty flavor together with a lot of garlic and onion. Excuse me as I wipe the drool off my keyboard. ..ierfhebfrnprkmeo. There that’s better. 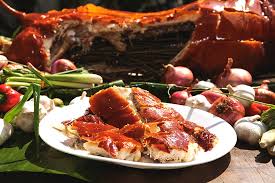 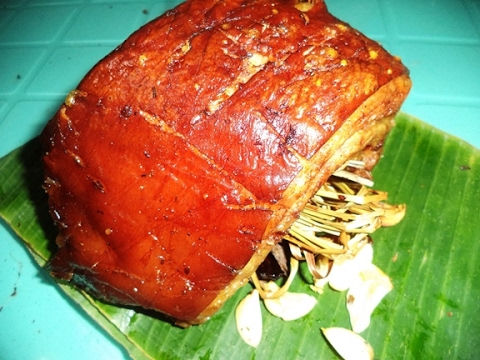 Cebu City has a lot to offer but besides city life.

There are a lot of beach areas too. Most people that decide to come to Cebu prefer to stay here and take day trip tours.
Too bad we didn’t have enough time but choices had to be made. It’s a good excuse to come back, come to think of it.
So I guess to close, despite the terrible traffic and the terrible weather, I must admit that Cebu city was better than expected!