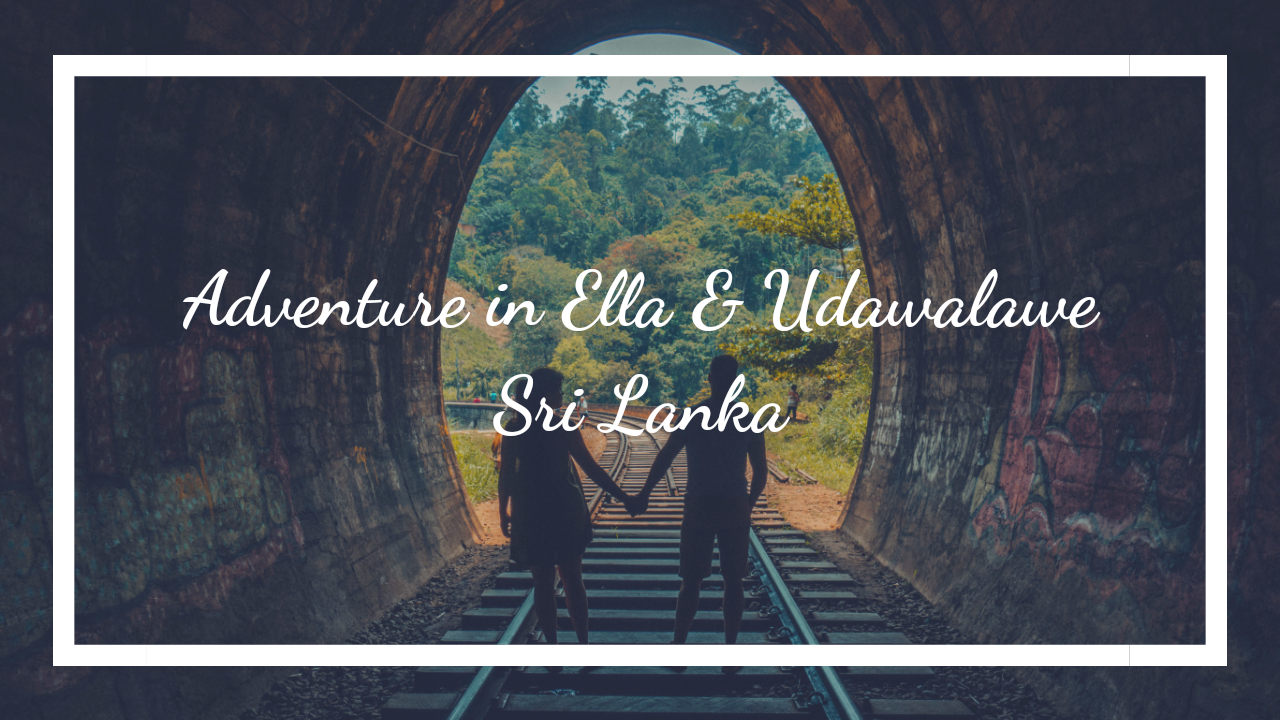 After a good time in Kandy, it was time to head to the mountains and into nature.
So first up was amazing Ella and then Udawalalawe.

For Ella I decided we partly HAD to go by train, it is one of the most beautiful train rides ever!
But before we went on our 3 hour ride, we had some tea.
Sri Lanka is known for their tea, so of course you have to have seen a tea factory, right?
You’ll see tea fields after tea fields as far as the eye can see, and the amazing thing is that it’s all women working in the field.
We went to visit ‘Damro labookelli tea centre and tea garden’.
We’ve received a warm welcome and a small tour in the factory.
Afterwards you can enjoy some tea and some delicious pie.

We had to hurry to get to the train station, our driver fixed us first class tickets for the train.
It’s not the first class we Europeans are used to.
First class has windows that can close and you’ll have the guarantee to have a seat.
While economy is mostly crowded, you’ll probably have little space, at least that’s what I saw.
All doors are open, even when the train is moving.
Sitting or standing between the open doors is at own risk, but yes we did it too.
The train ride is highly recommended, even though loads of tourists take the train for the experience.
Still locals take them too.
The view is too amazing to not fully enjoy this epic train ride.
It’s about a 3 hours train ride to Ella, so sit back and relax.

welcome to the village Ella

We finally arrived in Ella and it was not what I expected.
I expected a little quiet village with 1 or 2 shops and for the rest hills with farms.
I don’t know why I expected that though.
It was a small village that is buzzing with tourists, and at night a few bars where you can chill.
But never the less there is loads to do around here!

What we did in Ella

Little Adams peak is a small hike up a mountain but so rewarding when you get to the top!
I promise you won’t get disappointed.
Do bring enough water and make sure you bring your camera!

Afterwards you can go to the train arch.
You can get here via different routes, the one we took is a bit trough the bushes, but still a lot of fun.
Be a bit cautioned when you are here, because there are still trains going over the tracks.
It’s one of those things you have to see if you know what I mean. 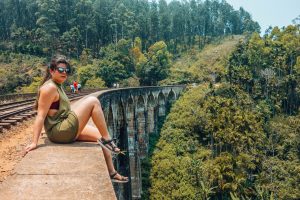 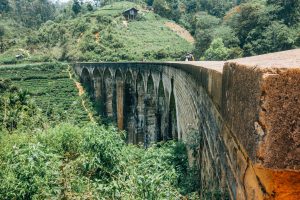 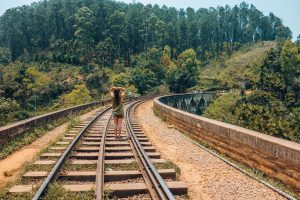 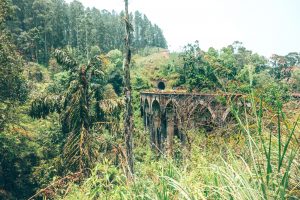 I really wanted to go swim at a waterfall, so I looked up if there was one not too far and yes, I found one close by.
Ravana waterfall is a small waterfall that goes really high, you can’t swim here if it’s the rainy season.
The water is too ruff during the rainy season, but now it was fine.
Even the locals were swimming here.
After finding ‘our spot’ we took a quick dip in the water.
I actually didn’t feel comfortable swimming here because the locals swimming here were all men.
Sad to say that they were under the influence of liquor or maybe drugs and they were really annoying and perverted.
They were stalking female tourists and some people called the local authorities.
But besides that happening, it was beautiful and a bit unique.
Please remember to read the signs, swimming here is at own risk! 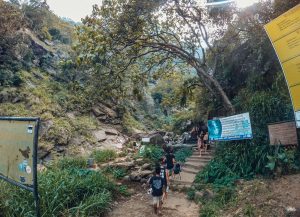 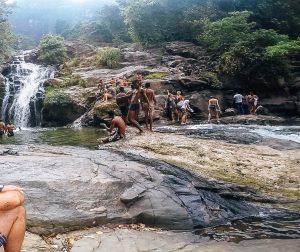 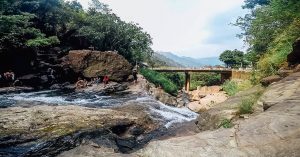 Ella is such a fun town, after a day of activities you can chill at the bar and be social.
Totally the opposite of what I imagined it to be here.

I chose Udawalawe because of the wild life here.
There is an amazing national park here that has loads of elephant’s, buffalo’s, crocodiles, etc.
The great thing about this park is that it’s a lot calmer because not too many tourist come here.
Most tourists go to Yala, which is like maybe an hour from Udawalawe.

But before heading to the national park we went to see an orphan’s house (transit home) for elephants.
It was the most adorable sight to see.
You can visit the transit home during feeding time, because they all gather at once.
Here they help baby elephants who lost their mother or got badly wounded.
Sadly, most of them can’t go back into the wild, it’s not much but it’s something to help them.
But if they are healthy and back up there feet, they will be released back into the wild.

Now finally a safari that is not too crowed and almost no jeeps in sight!
And now we could see a much calmer group of elephants and even a bunch of crocodiles sunbathing in the mud.
This was a total different experience than in Minnerya and we enjoyed it much more.
Now I feel bad that we did Minnerya, so if you’re reading this try to avoid it and choose this sight instead as this is much less stressful for the elephants.
You’ll have to pay a fix entrance fee for the park and you’ll need a jeep.
Tip* Here is how you can make it cheaper, if you share the jeep with more people, the cheaper it gets.

We loved both places a lot and I think we stayed just long enough at both places.
We only stayed 1 night at Udawalawe for the safari, I think a day longer is too much here.
So now Maarten had his fun, now it’s my turn. 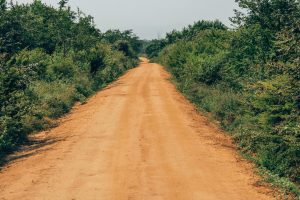 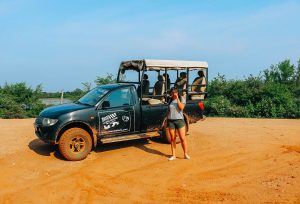 One thought on “Travel: A little bit of adventure in Ella & Udawalawe”